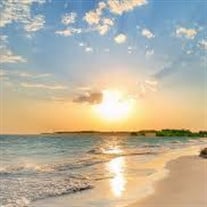 Alice V. Oberman, 77, of Dunedin, FL passed peacefully on September 1. Her daughter, Kathy, was with her as she eased into the company of her Lord after fighting chronic illnesses for several months. Born in West Hazleton, PA and the only daughter of John and Bessie (Koch) Oberman, Alice was first and foremost a successful, compassionate Registered Nurse for more than 40 years, specializing in care for Maternal Fetal Health and Women’s Health patients. Alice graduated from West Shore High School in Lemonye, PA, then obtained her Nursing degree at Hazleton, PA State Hospital. Later she earned a Bachelor’s degree in Psychology at Stockton, NJ State College. Alice was always most proud of her work to successfully establish a newborn nursery for a hospital in Alaska in the early 1960s. Later, she worked mostly the overnight shift in hospitals, favoring the ability to focus on personal patient care during 11-7 times. During her childhood in Lemoyne, PA she established her lifelong devotion and steadfast commitment of faith in God. She proudly embraced the development of her beloved United Methodist Church. Her faith led her to her church family at Curlew United Methodist Church in Palm Harbor, FL where she experienced the same warmth of her childhood church. She had moved to Dunedin in 2013, following her daughter’s relocation there, and her own desire for warm weather. Having married the true love of her life, Arnold Gross, in 1960, Alice supported him throughout his career in the U.S. Air Force. That support took her through assignments in Florida, Alaska, New York and New Jersey as she commanded the “troops at home” of her 3 children, especially when Arnie was deployed overseas. Noteworthy was her strength in moving her military household cross-country from Florida to Alaska after just having a newly born infant, while yet expecting another of her babies! Her family and friends will always recall Alice with love and a smile whenever they encounter a notebook, address book, paper clip, sticky note, Sharpie marker, or any type of office organizing item. She seemed to collect every such item ever manufactured, and certainly used all manner of them to put order to life. She also enjoyed ceramic crafts and was a dedicated shopper, as no grocery store aisle was ever left unvisited. A lifelong hockey fan for the Chicago Blackhawks, she adopted the Tampa Bay Lightning with enthusiasm and season tickets. Her beloved pet dogs and cats were always cared for, especially her Rottweiler, Lulu, and her final cat, the male, Juliet. He was mistakenly named before she learned he was a boy. Alice is survived by her daughter and primary caregiver, Kathy Gross (Gary Grayshaw) of Dunedin, FL, and elder son, Kristopher E. Gross of Atlantic City, NJ. Also surviving are her granddaughter Tonya Miller and great-granddaughter Makayla Miller of Boiling Springs, PA, and several cousins. She was especially proud that Tonya has become a successful nurse, too. Surviving also is her very, very best friend, confidante, fellow nurse and soul sister of nearly 40 years, Nan Smeltz of Wiconisco, PA. Alice was pre-deceased by her parents, John A. and Bessie I. (Koch) Oberman, her brother John A. Oberman, Jr., and her younger son, Kevin J.M. Gross. Alice pre-determined that in lieu of flowers contributions be directed to either Suncoast Hospice or your local Humane Society. Hospice gifts may be made online at http://suncoasthospice.org/online-donations/ or mail your check payable to: Suncoast Hospice, 5771 Roosevelt Blvd., Clearwater, FL 33760. Memorial services in Pennsylvania will be held Tuesday September 12 at Musselman Funeral Home, 324 Hummel Avenue, Lemoyne, 17043, with visitation beginning at 10:00 a.m. and services beginning at 11:00 a.m. Inurnment at Rolling Green Cemetery will immediately follow. Memorial services in Florida will be Sunday October 1 at Curlew United Methodist Church, 2210 Cathedral Dr., Palm Harbor, 34683 at 1:00 p.m., following regular 10:30 a.m. Sunday service, to which all are warmly invited to attend. Musselman Funeral Home Is Honored To Serve The Oberman Family.

Alice V. Oberman, 77, of Dunedin, FL passed peacefully on September 1. Her daughter, Kathy, was with her as she eased into the company of her Lord after fighting chronic illnesses for several months. Born in West Hazleton, PA and the only... View Obituary & Service Information

The family of Alice V. Oberman created this Life Tributes page to make it easy to share your memories.

Send flowers to the Oberman family.