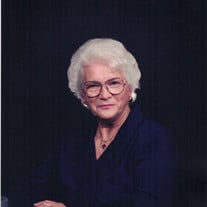 Anna Cirillo, age 98, died peacefully on July 12, 2017 at a hospice residence in Harrisburg. She was born September 13, 1918 the daughter of Mary Hench Kulp and Harry Kulp. After graduating from John Harris HS, she went to work for the Bell Telephone Co. as an operator. She married Joseph Cirillo also of Harrisburg in 1943. Joseph enlisted in the National Guard and soon decided to remain in the Army and make it his career. This in turn made Anna an “Army Wife,” and she embraced that life to the fullest. She loved to travel and thought nothing of moving around the world with three children in tow. She especially loved the overseas assignments and taught her children to never be “ugly Americans.” In 1946 the family was sent to Berlin and was airlifted from that city in 1948. Japan, Germany again and finally France followed and were amazing experiences for her family. After Joe died at 57, Anna spent time traveling around the globe loving every minute of her adventures, and in fact her headstone simply reads “On another trip.” She belonged to the Telephone Pioneers of America, was a Lower Allen precinct judge of elections, a member of American Business Women’s Association and the Hershey Italian Lodge. Anna was a well-known figure at Grace Evangelical Lutheran Church in Camp Hill, and was involved in many activities there…choir member, council member, and Sunday school teacher for 25 years. When the church had a talent show, she decided to enter and developed a Phyllis Diller routine which she performed at churches, volunteer groups, and even on a cruise ship. Anna is survived by her three children, Susan Haines (Rush) of Philadelphia, Joseph Cirillo (Maryann) of Carlisle, and John R. Cirillo (Leann) of Vero Beach, Florida and six granddaughters Jennifer Butler (Christopher) of Boston, Megan Greco (Danny) of Florida, Melissa Cirillo of Florida, Katie Geyer (Jake) of Carlisle, Kristen Washington of Carlisle and Amy Schuler of Harrisburg, and eight great grandchildren. Funeral arrangements were made by Musselman Funeral Home of Lemoyne. Burial will be private for the family in Rolling Green Cemetery. A memorial service will be held on Tuesday, July 25, at 11 am at Grace Evangelical Lutheran Church, 1610 Carlisle Rd, Camp Hill. A luncheon will follow immediately after the service. All are invited to attend. In lieu of flowers, donations can be sent to Grace Evangelical Lutheran Church, 1610 Carlisle Road, Camp Hill, PA 17011

Anna Cirillo, age 98, died peacefully on July 12, 2017 at a hospice residence in Harrisburg. She was born September 13, 1918 the daughter of Mary Hench Kulp and Harry Kulp. After graduating from John Harris HS, she went to work for the Bell... View Obituary & Service Information

The family of Mrs. Anna K. Cirillo created this Life Tributes page to make it easy to share your memories.

Send flowers to the Cirillo family.