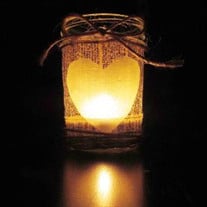 Charles William George, Jr., 88, of West Fairview, went to be with the Lord, Saturday, November 5, 2016 at Claremont Nursing and Rehabilitation Center. A son of the late Ruth Marie (Morris) and Charles William George, Sr., he was born in East Pennsboro Township on May 19, 1928. He worked at the West Fairview Borough and retired as a Janitor at United Methodist Church of West Fairview. There he was in the choir and taught the men’s class. He rode his bicycle all over for 82 years, and loved to draw. In addition to his parents, he is preceded in death by his sister, Collen and husband, Thomas Chorpenning and his brother, Donald George. He is survived by two nephews, Robert and wife, Kathy Chorpenning of Camp Hill and Thomas Chorpenning, Jr. of York Haven, and his cousin, Loretta Peters and her family of Marysville. In lieu of flowers, contributions can be made to United Methodist Church of West Fairview, 1201 Second St., Enola PA 17025. A graveside service will be held at Stone Church Cemetery on Wetzville Road, Enola next to St. Paul's Lutheran Church on Friday, November 11, 2016 at 10:00 AM. Musselman Funeral Home Is Honored To Serve The George Family.

The family of Charles William George, Jr. created this Life Tributes page to make it easy to share your memories.

Send flowers to the George, family.