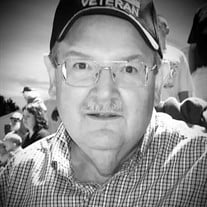 David C. Buchanan David C. Buchanan, 78, passed away on February 6, 2022, at his home in Fairview Township. Dave was born on July 22, 1943, in Brooklyn, New York, son of the late Charles F. and Isabelle Leona (Lepke) Buchanan. Dave served for two years in the U.S. Army, and was a Vietnam Veteran. He graduated from West Virginia Wesleyan College, Buckhannon, West Virginia, where he met the love of his life, Mary McGraw. Following college he followed Mary to central Pennsylvania where he would go on to careers with Cumberland County National Bank, EDS and PennDOT. Dave was active with Grace United Methodist Church in Harrisburg for many years, serving in several roles, including as Chair of the Administrative Board. Since childhood he was a member of the Boy Scouts of America, where as a youth he was involved in his troop in Brooklyn and was on camp staff at Camp Wauwepex in Wading River, New York. As an adult he served in many roles for the New Birth of Freedom Council and the prior Keystone Area Council, including as Scoutmaster of Troop 54 in Highland Park, Camp Commissioner at Hidden Valley Scout Reservation, and longtime Chair of the Friends of Hidden Valley. For his service to youth through Scouting he was awarded the Silver Beaver and the Vigil Honor. He was a railroad enthusiast with an extensive collection of model trains, and was an avid Penn State football fan. Dave loved Christmas, and yet for fifty years he was nowhere to be found that night in December every year when Santa Claus would visit the kids in Green Lane Farms on the Fairview Township fire truck. He is survived by his loving wife of 52 years, Mary McGraw Buchanan; his brother James O. Buchanan of Brooklyn, NY; his children, Deborah Buchanan Haar (Matthew M. Haar) of Fairview Township, and Charles J. Buchanan (Elise Lane Buchanan) of Lower Allen Township; and grandchildren Lydia E. Haar, Natalie A. Haar, Henry L. Buchanan, Marguerite G. Buchanan and Caroline J. Buchanan. Interment will be at Rolling Green Cemetery with a private family burial. A celebration of life will be held at a later date open to all family and friends. In lieu of flowers, memorial contributions can be made to New Birth of Freedom Council BSA with “FOHV-Buchanan” in the memo line, 1 Baden Powell Lane, Mechanicsburg, PA 17050, or to Grace United Methodist Church, 216 State Street, Harrisburg, PA 17101. MUSSELMAN

The family of David Buchanan created this Life Tributes page to make it easy to share your memories.

Send flowers to the Buchanan family.