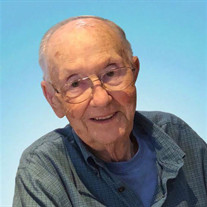 Donald L. Norris died peacefully at Country Meadows on November 27, 2018, in Mechanicsburg, PA, at the age of 86. He is survived by his children Brooks K. Norris of Lancaster; Brent Norris (Kim) of Swedesboro, NJ; Brian Norris (Donna) of Atglen; Michael Norris (Matt Varrato) of Philadelphia; Michele Francis (John) of Atglen; and stepchildren Calvin Wright, Jr. of New Cumberland and Linda Wright Reilly (Bill) of Houston, TX. He is also survived by 10 grandchildren (Tim, Kate, Elyse, Patrick, Rachel, Meredith, Curry, Drew, Sophia and Alex) and 7 great-grandchildren. He was preceded in death by his first wife, Nancy Brooks Norris (d. 1983), his second wife, Louise Wright Norris (d. 2018), and siblings Theda Hamme, Helen Manspeaker and Dean Norris. Don was born on October 4, 1932, in Red Lion, PA, to parents Roy and Etta Hall Norris. He graduated from Red Lion High School in 1950 and Millersville State Teachers College in 1955. He obtained his master’s degree from the University of Maine. Don taught French and Spanish at Unionville-Chadds Ford High School from 1955-1985. He was active in his church and was a leader in Boy Scouts, the Atglen Civic Association and the Atglen Public Library, among others. Don was known for his sense of humor and his seemingly bottomless repertoire of jokes, which he would tell frequently with little or no prompting. He loved Penn State football and the Phillies and traveled domestically and internationally as much as possible. Camping trips to Pennsylvania state parks and trips to a vacation home in Northfield, VT, were among his most cherished family memories. He loved crossword puzzles and was an avid Civil War history buff. A viewing is scheduled for 2:00 p.m. on Saturday, December 1, at West Shore Baptist Church, 2025 Market St., Camp Hill, PA 17011, with a service and reception to follow at the church. All are welcome to attend and celebrate Don’s life. In lieu of flowers, please send donations to West Shore Baptist Church. Interment will be at 3:00 p.m. on Monday, December 3, at Penningtonville Presbyterian Church in Atglen, PA. The family would like to thank the staff at Country Meadows for their extraordinary care and commitment during Don’s last months.

Donald L. Norris died peacefully at Country Meadows on November 27, 2018, in Mechanicsburg, PA, at the age of 86. He is survived by his children Brooks K. Norris of Lancaster; Brent Norris (Kim) of Swedesboro, NJ; Brian Norris (Donna) of Atglen;... View Obituary & Service Information

The family of Donald L. Norris created this Life Tributes page to make it easy to share your memories.

Send flowers to the Norris family.