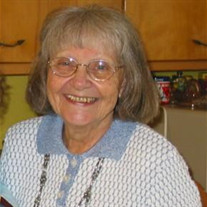 Dorothy M. (Baker) Acri was reunited with the love of her life departed Oscar R. Acri in our Lord’s house on October 26, 2015. Mother passed away very peacefully at Green Ridge Village with family at her side. Mom was born in Shippensburg PA. Grew up in the City of Harrisburg where she graduated from William Penn in 1944. Meeting her “fellow Ozzie” when they were 16 at high school, married in 1945 started their married life’s in Harrisburg. After starting a family they move to the boro of Camp Hill which was considered at the time “suburbs” to raise their children. Remaining in the same home for sixty years. Mother was the daughter of departed, Elden L. Baker and Dorothy (Forsythe) Baker. She was a loving and devoted wife, mother, grandmother, sister and aunt. She retired from Walter Fry’s Account firm, which was one of her favorite jobs. Mom also worked side by side with Dad keeping the books and running the showroom of O.R. Acri Floor & Wall Covering in the sixties. A member of Trinity Lutheran Church, Camp Hill for sixty years Surviving a son, Elden (Denne) R Acri, daughter Viki E Acri and husband Jeffery E Lutz, a brother Richard (Dick) L. Baker, 6 grandchildren: Christine (Tom Engle), Stephanie (Jeff Ruth), Brian Acri, Kevin Stremmel ( Jessica), Nicole ( Asani Mukusa), Tiffiany Acri. 9 great grandchildren, 1 great, great granddaughter. Many nieces, nephews and cousins that Mom adored. A funeral service will be held at 4:00 pm on Saturday, October 31, 2015 at Musselman Funeral Home with a visitation beginning at 3:00 pm. A graveside service will be held at 10:00 am on Monday, November 2, 2015 at Rolling Green Cemetery, Camp Hill.Mom requested that we all please dress in beautiful colors for all services. Another request from her memorial contributions be made to the American Diabetes Asso. 3544 N Progress Ave, Harrisburg PA in hopes of finding a cure in her grandson Jaryn’s lifetime and/or American Heart Asso. A huge thanks to all the staff at Green Ridge Villiage, Newville PA for the loving care they gave to Mother and our family. Special special thanks to the staff of Chaplewood. Musselman Funeral Home Is Honored To Serve The Acri Family.

Dorothy M. (Baker) Acri was reunited with the love of her life departed Oscar R. Acri in our Lord&#8217;s house on October 26, 2015. Mother passed away very peacefully at Green Ridge Village with family at her side. Mom was born in Shippensburg... View Obituary & Service Information

The family of Dorothy (Baker) Acri created this Life Tributes page to make it easy to share your memories.

Dorothy M. (Baker) Acri was reunited with the love of her life...

Send flowers to the Acri family.