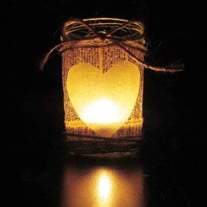 Fred Nelson, Jr., USAF (Ret.) Fred Nelson, Jr., 93, of Lemoyne, peacefully passed away at home surrounded by loving family on Monday, April 27, 2015.  He was born in Middletown on December 23, 1921, to the late Grace and Lieutenant Fred Nelson, Sr. A graduate of Lemoyne High School Class of 1939, he served in the Navy from 1942 to1946.  In 1950 he again answered the nation's call.  After rising to the rank of Chief Master Sergeant, Fred retired from the Air Force in 1969.  He continued his career as a procurement and contract administration specialist in the private sector during the construction of the Fermi National Accelerator Laboratory, Batavia, Ill., and the Clinch River Breeder Reactor Project, Oak Ridge, Tenn.  He retired in 1985. Fred was a Mason and member of Trinity Lutheran Church, Camp Hill.  An avid fisherman, hunter and golfer, he had a passion for gardening, woodworking and reading.  He was a devoted family man. Mary Walmer Nelson, of Harrisburg, Fred's beloved wife of 54 years, and high school classmate Harriet McCormick Gantt Nelson, of Lemoyne, both preceded him in death. He is survived by children Dr. Craig Nelson and wife Shelley, Scott Nelson and wife Terri, Marsha E. Gantt, Susan Helstein and husband Richard, Dana Gantt and wife Karen, and Lisa Kennedy and husband Daniel.  Fred is also survived by twelve grandchildren, many great-grandchildren, nieces and nephews. In lieu of flowers, contributions may be made to Hospice of Central Pennsylvania or the Wounded Warrior Project. Visitation will be held at Musselman Funeral Home, Lemoyne, on Tuesday, May 5, 2015 from 6:00 to 8:00 PM.  Additional visitation in the library at Trinity Lutheran Church, Camp Hill, from 10:00 to 11:00 AM, Wednesday, May 6, 2015.  The funeral service will begin at 11:00 AM.  Burial with military honors will follow at Rolling Green Cemetery. Musselman Funeral Home Is Honored To Serve The Nelson Family. www.musselmanfuneral.com.

The family of Fred Nelson, Jr. created this Life Tributes page to make it easy to share your memories.

Send flowers to the Nelson, family.