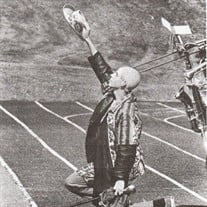 James Edward Trygstad of Camp Hill, PA, born October 29, 1950 in Washington, DC passed away on May 22, 2018. James was the son of the late Edythe J. and Vernon O. Trygstad. James attended Robert E. Peary High School in Rockville, MD and Frostburg State College, where he majored in Business Administration and Psychology. After college, James worked in the human resources field, specializing in health care recruiting. He also volunteered as a member of the Wheaton Rescue Squad in Wheaton, MD. His friends remember him best as a fun and spirited person, who was also a loyal and compassionate friend. James was predeceased by his parents and by his brother, Robert V. Trygstad. He is survived by one brother, John Trygstad, his sister-in-law, Millie Trygstad of Largo, Florida and his dear friend, Susan Wilson, of Severn, Maryland. Donations in James’ memory should be made to Hospice of Central Pennsylvania, 1320 Linglestown Road, Harrisburg, PA 17110 or the Wheaton Rescue Squad, 2400 Arcola Avenue, Silver Spring, MD 20902.

The family of James E. Trygstad created this Life Tributes page to make it easy to share your memories.

Send flowers to the Trygstad family.