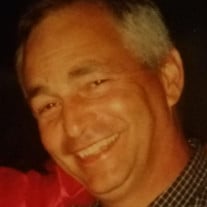 Lee R. “Buck” Sawyer 67; of Mechanicsburg passed away at UPMC Shadyside Hospital in Pittsburgh on Tuesday, February 5, 2019 surrounded by his loving family. Lee was born on May 15, 1951 in Harrisburg and was a son to the late Dorothy P. Eppley and Lester C. Sawyer. He graduated from East Pennsboro High School where he excelled in both baseball and football. He obtained an Associate’s Degree in Engineering from Harrisburg Area Community College. He retired from the Otis Elevator Company with 45 years of dedicated service. He was a member of Fairview Hunting Club and the Mechanicsburg Men’s Club. Buck loved the game of baseball and played for 43 years with his most memorable adult years playing as catcher with the Mechanicsburg Twilight and East Pennsboro Twilight Baseball teams, finally leaving the game at the age of 50. He was inducted into both the National Semi-Pro Baseball Hall of Fame and into the West Shore Baseball Hall of Fame. Buck was best known for his flawless work ethic and loyalty to his family and friends. He seized every possible opportunity to mentor his sons and pass on his best qualities through spending quality time teaching them everything he knew. A handy man, an athlete and relentless provider; Buck poured his heart and soul in to being the father that his family needed. He is survived by his wife Kathryn A. Sawyer; sons Brett L. Sawyer, Eric T. Sawyer, Joseph S. Schiavoni and wife Danielle, Joshua A. Schiavoni, 4 grandchildren, Mia, JJ, Sophia, and Skylar, a sister Leslie Sawyer, nephew Clayton Brinser, nieces, Domenica Crognale, Victoria Crognale Parsons, and one great nephew Joseph Levi Parsons. Funeral services will be held on Wednesday, February 13, 2019 at 11:00 A.M. at the Musselman Funeral Home. Viewings will be held on Tuesday, February 12, 2019 from 6 to 8 P.M. and Wednesday morning from 10:00 A.M. until time of service at the funeral home. Burial will follow at Rolling Green Cemetery Camp Hill, PA. In lieu of flowers please consider a donation in Bucks memory to a charity of your choice. Musselman Funeral Home 324 Hummel Avenue Lemoyne, PA. 17043.

Lee R. &#8220;Buck&#8221; Sawyer 67; of Mechanicsburg passed away at UPMC Shadyside Hospital in Pittsburgh on Tuesday, February 5, 2019 surrounded by his loving family. Lee was born on May 15, 1951 in Harrisburg and was a son to the late Dorothy... View Obituary & Service Information

The family of Lee "Buck" Sawyer created this Life Tributes page to make it easy to share your memories.

Lee R. “Buck” Sawyer 67; of Mechanicsburg passed away at UPMC...

Send flowers to the Sawyer family.