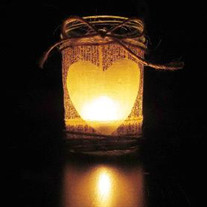 Lydia Elaine Johnson, 93, daughter of the late Norman Stull and Estella Klein (Stull) of Sellersville, PA passed away on August 28, 2016 peacefully. Visitation will be held at Musselman’s Funeral Home on Saturday September 3 at 11 a.m. Funeral services will begin at 12 p.m. Rev. David J. Schreffler of Trinity Lutheran Church of Lemoyne will be officiating. Burial will follow at St. Michael’s in Sellersville, PA at 3 p.m. Elaine was born in Sellersville, PA on July 26, 1923. She was a 1941 graduate from Sell-Perk High School, Perkasie, PA. Elaine was married to her late husband, William A. Johnson, Jr. for 69 years until his passing in June of 2015. Elaine belonged to Trinity Lutheran Church where she was involved in the Women’s Circle Group. She enjoyed listening to the Senator’s Baseball games on the radio and creating afghans on her loom for nursing homes. She also was devoted to her grandchildren. Elaine is survived by her son, Ronald and wife Deborah, of New Cumberland, grandchildren Matthew and wife Jennifer, of New Cumberland, Timothy and wife Theresa, of York, and other family and friends. Elaine is preceded in death by her parents, husband, three brothers Clarence, Norman Ray, Earl, and grandson Benjamin Johnson. The family would like to thank Legacy Hospice and the staff from Elmcroft for their caring and loving support. In lieu of flowers memorial donations may be given to Legacy Hospice or Trinity Lutheran Church of Lemoyne. Musselman Funeral Home Is Honored To Serve The Johnson Family.

The family of Lydia Elaine Johnson created this Life Tributes page to make it easy to share your memories.

Lydia Elaine Johnson, 93, daughter of the late Norman Stull and...

Send flowers to the Johnson family.