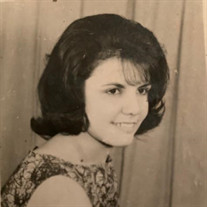 Noemi Ortiz, age 79, passed from this life on Monday, June 6th with her family by her side. She was born on May 24th, 1943, to Bartolo Lugo-Rios and Maria (Monsa) Rios-Lugo in Anasco, Puerto Rico where she lived until age 25. After marrying Juan E. Ortiz on March 10th, 1967 at her family’s home, they moved to Harrisburg, PA where they resided for 52 years until moving to their son’s home in Etters, PA. Noemi’s faith was the cornerstone of the life that she led. She was a very active and dedicated member of the Derry Street United Methodist Church where she served as a secretary and treasurer. Noemi was passionate about volunteer work and believed greatly in giving back to her community. She contributed significant time to teaching Sunday School, distributing clothing to those in need, and working weekly at the local food bank as organized through her church. Although Noemi was employed for a length of time at PHEAA from which she retired in 2008, her greatest role was as a homemaker. Family was Noemi’s number one priority, and it was during those moments with her family that she found the blessings of pure happiness and tremendous fulfillment. Selfless and trusting by nature, she had a playful and spontaneous energy that made spending time with her very joyful. Whether she was tending to her garden, cooking abundant meals for her family, dancing or volunteering, Noemi was a constant reminder of the importance of love, compassion, and generosity in all relationships. Her final days were spent surrounded by family who deeply mourn her passing. Noemi was a devoted wife, mother, grandmother, and sister who is survived by her husband Juan E Ortiz; daughters Elise J. Ortiz of New Cumberland and Wanda Y Ortiz of York; and son Juan C. Ortiz of Etters, PA; grandchildren Joshua Ortiz and Michael Lopez-Ortiz of New Cumberland; brother Ruben Lugo and sister Nidia R. Lugo of Puerto Rico; brother Bartolo Lugo Jr of Texas; and brother William Lugo of Florida, along with many nieces and nephews. A 10:00 AM visitation will be held on Wednesday, June 15th at the Musselman Funeral Home, 324 Hummel Avenue, Lemoyne PA followed by a service at 11:00 AM. In lieu of flowers, memorial contributions may be made to the Central PA Food Bank in Noemi’s name. Recorded Service: https://youtu.be/6Aj1puIxUBs

Noemi Ortiz, age 79, passed from this life on Monday, June 6th with her family by her side. She was born on May 24th, 1943, to Bartolo Lugo-Rios and Maria (Monsa) Rios-Lugo in Anasco, Puerto Rico where she lived until age 25. After marrying... View Obituary & Service Information

The family of Noemi Ortiz created this Life Tributes page to make it easy to share your memories.

Send flowers to the Ortiz family.