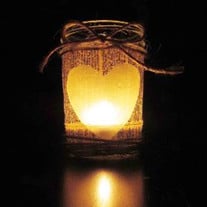 Mr. Ray A. Torquato died on April 9, 2017 at the age of 92. He was a long-time resident of Wormleysburg and served the Commonwealth of Pennsylvania as a career civil service employee of the Department of Labor and Industry. Born in Indiana, Pennsylvania to Albert and Josephine Torquato, he grew up in Windber, Pennsylvania and was the center on the undefeated 1942 and 1943 Windber Ramblers football teams. He was named to the AP All Pennsylvania Football Team. As a member of the “Greatest Generation” he joined the US Army Air Corps in 1943 two months before his high school graduation. He served as B-17 nose gunner until his discharge in late 1945. Ray married his high school sweetheart, Dorothy Stanish, of Windber. The marriage lasted 66 years until her death in 2010. Mr. Torquato is survived by his five children and many grandchildren and great grandchildren. Daughter Suzann is married to Ronald Newmaster. They reside in Mechanicsburg. Son Albert and his wife Terri live in Mechanicsburg. Daughter Tillie is married to Donald Lehmer. They live in Wilmington, North Carolina. Son Marc and his friend, Deb Fromm, live in Union Deposit. Daughter Chris is married to Bo Guse and they live in Camp Hill. Mr. Torquato earned his bachelor’s degree in Public Administration from the University of Toledo prior to taking a position in the Federal Civil Service with the Department of the Army. Five years later he moved to central Pennsylvania to begin his career with the Pennsylvania Department of Labor and Industry. Social by nature, Ray was respected for his organizational abilities and his willingness to help others. He was president of the University of Toledo chapter of Kappa Sigma Kappa fraternity, active in the West Shore and Good Shepherd Athletic Associations and a lifetime member of the Windber Order of the Sons of Italy in America, the Camp Hill Disabled American Veterans and Kappa Sigma Kappa. In 1980, he was enshrined in the Windber Hall of Fame, an honor of which he was most pleased. The family wishes to acknowledge the care and personal attention given to Ray over the past year by the staff of Heritage Harbor of Claremont Nursing and Rehab Center. Mass of Christian burial will take place at the Church of the Good Shepherd Roman Catholic church at 3435 Trindle Road, Camp Hill on April 12 at 11 A.M. Internment at Gate of Heaven cemetery, Mechanicsburg will follow immediately after the service. A viewing will be held at the church at 10 A.M. until service time. In lieu of flowers, please make a contribution to your church or other charity of your choice. Musselman Funeral Home Is Honored To Serve The Torquato Family.

Mr. Ray A. Torquato died on April 9, 2017 at the age of 92. He was a long-time resident of Wormleysburg and served the Commonwealth of Pennsylvania as a career civil service employee of the Department of Labor and Industry. Born in Indiana,... View Obituary & Service Information

The family of Ray A. Torquato created this Life Tributes page to make it easy to share your memories.

Send flowers to the Torquato family.