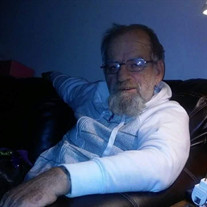 Salvatore “Sam” Joseph Abate, Sr., 62, of Lemoyne, passed away peacefully surrounded by family on Tuesday, May 29, 2018 at his home. A son of the late Mary (Kenny) and Anthony Abate, Sr., he was born in Jersey City, NJ on January 7, 1956. He was a member of the West Fairview American Legion. He enjoyed playing pool and bowling. However, his passion was riding motorcycles, and often participated in charity rides. His family meant the world to him. In addition to his parents, he was preceded in death by sisters; Rose Edwards, and Joni and Lois Harrigan, brothers; Anthony Abate, Jr., Michael Harrigan and Kenny Abate. He is survived by his wife of 27 years; Shirley Ann (Waughtel) Abate, children; Nicholas, Robert, Karl, Angela, Joseph, Tink, Tabitha, Nicholas, Bianca, Salvatore Abate, Jr., and Nevaeh, sisters; Sandy, Miranda, Kathy Rodriguez, Mary Abate, Francine, Peggy Fackina and Sissy Trianna, brothers; Joe Abate, and Rob and Jimmy Frace, and many grandchildren, great grandchildren and nieces and nephews. In lieu of flowers, contributions can be made to the American Cancer Society, PO Box 22478, Oklahoma City, OK 73123. Services will be at the convenience of the family. Musselman Funeral Home Is Honored To Serve The Abate Family.

The family of Salvatore Joseph Abate Sr. created this Life Tributes page to make it easy to share your memories.

Send flowers to the Abate family.