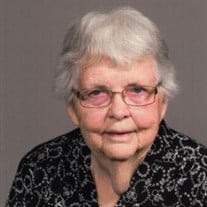 Shirley C. Leverentz, 90, of Lower Allen Township, Camp Hill, passed away Sunday, September 13th at Masonic Village, Elizabethtown. Shirley was born May 22, 1930 in Harrisburg, Pa. to William and Charlotte (Weidman) Cooper. She was predeceased by her parents, her husband, John L. Leverentz, her sister Dorothy C. Wingert and brothers Donald W. Cooper and Kenneth F. Cooper. She is survived by four children, Deborah A. Leverentz of Camp Hill, John L. Leverentz, Jr. of Lemoyne, Loren W. Leverentz and wife Kim of Elizabethtown, Laura Fix and husband John of Lancaster; six grandchildren; Amy Ginder (Nathan), Katilyn Leverentz, Rebecca Fix, Emily Fix, Sarah Leverentz and Nicholas Leverentz as well as two greatgrandchildren, Connor and Carly Ginder, and several nieces and nephews. Shirley grew up during the Great Depression and World War II and was a 1947 graduate of Enola High School and a 1950 graduate of Shippensburg State Teacher’s College where she received her B.S. in education. Immediately after graduation Shirley married John Leverentz, and as she was too young to teach in the state of Pennsylvania, they moved and taught in the Baltimore County, Maryland School District. When they returned to Pennsylvania, Shirley taught for the East Pennsboro School District and the West Shore School District from which she retired. Shirley was a member and Elder of Christ Presbyterian Church in Camp Hill where she participated in the Esther Circle. Shirley also worked many summers as Camp Director for the West Shore Y.M.C.A. After retirement she volunteered for 20 years at Downtown Daily Bread and for 24 years at the West Shore Meals on Wheels where she served as President. She was a member of the Enola/East Pennsboro Alumni Association, the East Pennsboro Historical Society and the Cumberland County Chapter of the Pennsylvania Association of School Retirees. Funeral services will be private and at the convenience of the family. The family is grateful for the care provided by the staff at Masonic Village and Masonic Village Hospice. Memorial contributions may be sent to her church: Christ Presbyterian Church, 421 Deerfield Road, Camp Hill, Pa. 17011. The Musselman Funeral Home Is Honored To Serve The Leverentz Family. 324 Hummel Avenue Lemoyne, PA. 17043.

The family of Shirley C. Leverentz created this Life Tributes page to make it easy to share your memories.

Send flowers to the Leverentz family.