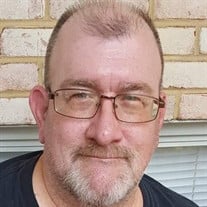 Theodore "Ted" James Henry, age 57, of Enola, passed away surrounded by family, after a lengthy illness, on Saturday, January 20th 2018 at Holy Spirit Hospital, Camp Hill. The son of the late Theodore “Ted S” Smith Henry and Dorothy “Dottie” Elizabeth Henry, he was born on December 31, 1960 in Harrisburg. He graduated class of 1978 from Susquehanna Township High school. He earned an Associate Degree in Art in Industry from Harrisburg Area Community College in 1981. He had recently retired from the Department of Revenue where he ended his career as a Telecommunications Specialist/Help Desk Agent. He worked 32 years for the Commonwealth of Pennsylvania. One of his biggest hobbies was bowling, which he became involved with during his childhood through the Jewish Community Center. He was a long-time member of the United States Bowling Congress (USBC) and bowled in many leagues during his adulthood, predominantly in the Bower family's ABC houses of CENTRAL PA. He also bowled in the annual Pennsylvania State Bowling Tournament (PSBA) for many years and received an award for 25 consecutive years of participation. His most notable bowling accolades are 804 series and 2, 299 games. He acknowledged his involvement with the sport lead to lifelong friendships with people he cherished. It was also something he shared with and involved his family in. He also loved music spanning decades and movies of all genres. His biggest joy in life came from being a husband, father and grandfather ("Pap"). He will be fondly remembered for his heart, sense of humor, being a leader and setting an example. Being humble, hardworking and dependable; as well as being exceptionally kind, giving and strong. He is survived by his wife of 22 years, Karla Annette Henry and his daughter, Kassandra Leigh Henry, his 4 Grandchildren; Makaylan "Mak" (17), Katie "Fuzzy" (9), Daniel "Bubs" (5) and AnaBelle "Baby bean" (3 months). At the time of his death, his wife, daughter and 3 of his grandchildren were with him. Also present was his daughter's fiancé and father of 2 of his grandchildren, Robert Lee Kulick Jr. whom he viewed as a son. A celebration of his life will be held at Musselman Funeral Home on Saturday February 10, 2018 from 1:00 to 3:00 PM. Musselman Funeral Home Is Honored To Serve The Henry Family.

The family of Theodore "Ted" James Henry created this Life Tributes page to make it easy to share your memories.

Send flowers to the Henry family.