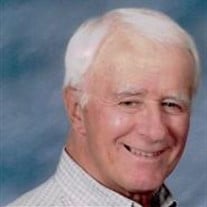 Warren B. Stumpf, of 1133 country club road, Camp Hill, Pennsylvania, departed this life on May 7, 2015. A graduate of Butler, New Jersey High School, he was a United States Marine, Veteran of the Korean War, and World War II. Warren worked in the Insurance Industry, fifty five years. He retired as Branch Manager of Princeton Insurance Company. He was a longtime member of Harrisburg, Y.M.C.A., past president of Morristown, New Jersey, Optimist Club, member of American Legion, and member of Trinity Lutheran Church, in Camp Hill, Pennsylvania. Warren was responsible for bringing Kodokan Judo, to the Central Pennsylvania area. He received his third degree black belt rank, from the Kodokan Judo Institute, Tokyo, Japan. Also, formed the Harrisburg Y.M.C.A. Judo Club, in 1962. He was a charter member of The Shufu Yodansha Kai, in Washington, D.C. He was an avid bicyclist and rode to Bethany Beach, Delaware, with a group of friends, for years. Warren was married to Lois A. Chambers, of Morristown, New Jersey for 65 years. He is survived by his wife, and two sons, Warren W. Stumpf of Wormleysburg, Pennsylvania, and Thomas R. Stumpf, of Chapel Hill, North Carolina. Three daughters, Lynn Alaive Bennett, of Camp Hill, Pennsylvania, Jaimie Louise Nalbandian of Philadelphia, Pennsylvania, Lesly Helen Stumpf, (who preceded her dad, in death) eight grandchildren, and four great grandchildren. A memorial service will be held at Trinity Evangelical Lutheran Church, which was Warren’s church of attendance on Tuesday, May 12, 2015 at 11:00 am. The church is located at 2000 Chestnut Street, Camp Hill, Pennsylvania. Burial will be private. In lieu of flower, contributions may be made to East Shore Y.M.C.A., 701 N. Front St. Hbg, Pa. 17101. Musselman Funeral Home Is Honored To Serve The Stumpf Family.

The family of Warren B. Stumpf created this Life Tributes page to make it easy to share your memories.

Send flowers to the Stumpf family.